James Arthur Baldwin was born on August 2, 1924 in Harlem, New York and grew up with his mother Emma Berdis Jones and her second husband, preacher David Baldwin –she had left his biological father before his birth for his drug abuse. Despite the fact that David Baldwin was not really his father, he refers to him as such in his writings. His childhood was far from easy, growing up in Harlem and having to take care of his eight younger siblings, the family living in poverty and facing abuse by the local police. This way, Baldwin experienced first-hand the covert racism and segregation that characterized race relations in the Northern United States. At an early age, he developed an interest in literature, reading a lot and writing his first texts during high school. Around this time, in 1938, he sought consolation in religion and served as a youth minister while he was still in school, but lost faith and left the church a few years later. After high school, he wandered around, taking all kinds of jobs to make ends meet and finance his writing, mostly book reviews and essays, although it brought him little success at that time. He eventually left the United States for Paris on a fellowship for four years in 1948 which he hoped would help him write about American society. This marked the start of numerous trips throughout his life, as Baldwin traveled extensively, in the United States, including the Deep South, and Europe, but also in various parts of Africa. Most of the time spent living outside the United States was spent in Istanbul and in France, in Paris and St-Paul-de-Vince. Leeming describes Baldwin’s first visit to Africa, and how he immediately felt at home in Dakar, which reminded him of Harlem (208), after which he traveled to several other places. In Sierra Leone he saw the aftermath of colonization and left “with his eyes firmly focused on America” (Leeming 210-211), determined to bring change at home. His travels helped him reflect on the problems that ailed American society. He wrote various novels following the publication of his debut Go Tell it on the Mountain in 1953, as well as a number of journalistic pieces, and a vast amount of essays, mostly on racial issues. As described in his works, he also spent considerable time in Hollywood, writing for the film industry, working on a biographical film about Malcolm X, although that did not really work out. 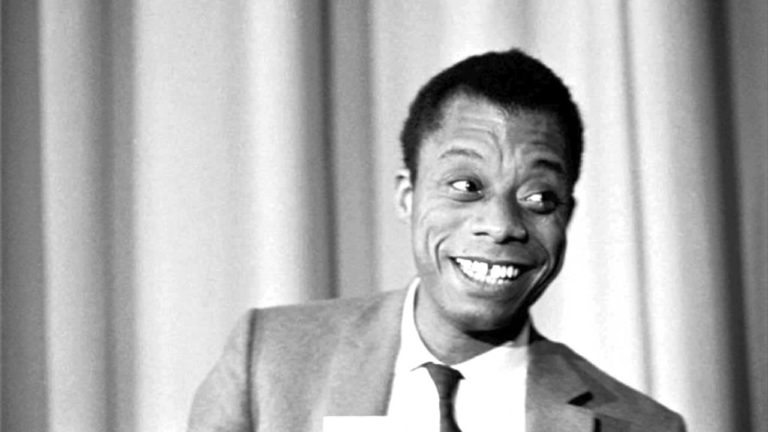 As far as his political views are concerned, Baldwin was firmly opposed to the war in Vietnam, and frequently expressed his dislike with the American government for this and other reasons, in No Name on the Street specifically with the Nixon administration. In terms of race, The Fire Next Time displays a clear favor toward integration, urging people to love one another and live together peacefully, but over the course of the nineteen-sixties, his views became more nuanced. After having his confidence in various respects, his message appears to be less favorable to white society, even if he still strongly believed in equality. Baldwin also played a major role in the civil rights movement, and later did lecture tours throughout the country and abroad to educate young people about race relations in the United States and the west. In his later life, he would even teach courses as a professor at the University of Amherst. Not surprisingly, he received many awards and recognitions for his efforts, including the French Legion of Honor. In a eulogy Toni Morrison credited Baldwin for changing American English, making it honest and “[exposing] its secrets and reshap[ing] it until it was truly modern dialogic, representative, humane. [He] stripped it of ease and false comfort and fake innocence and evasion and hypocrisy” (The New York Times, 1998), indicating that his literary influence was also significant and pointing out that he was of crucial importance in how he engaged with language. James Baldwin died of cancer on December 1, 1987, at his home in Saint-Paul-de-Vence in France.